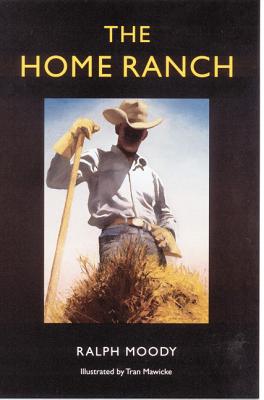 Little Britches becomes the "man" in his family after his father's early death, taking on the concomitant responsibilities as well as opportunities. During the summer of his twelfth year he works on a cattle ranch in the shadow of Pike's Peak, earning a dollar a day. Little Britches is tested against seasoned cowboys on the range and in the corral. He drives cattle through a dust storm, eats his weight in flapjacks, and falls in love with a blue outlaw horse.

Following Little Britches and developing an episode noted near the end of Man of the Family, The Home Ranch continues the adventures of young Ralph Moody. Soon after returning from the ranch, he and his mother and siblings will go east for a new start, described in Mary Emma & Company and The Fields of Home. All these titles have been reprinted as Bison Books.

Western writer Ralph Moody (1898–1982) grew up in Carson territory in southeastern Colorado. He is the author of seventeen books, including Come on Seabiscuit! and his series Little Britches, all available in Bison Books editions.