Speeches that Changed the World: A fully revised and updated edition (Hardcover) 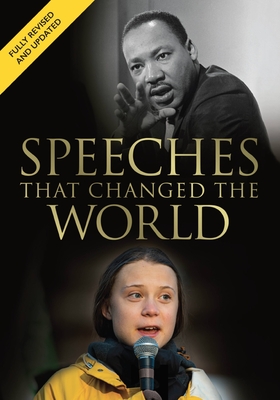 From calls to arms to demands for peace, and from cries of freedom to words of inspiration, this stirring anthology captures the voices of prophets and politicians, rebels and tyrants, soldiers and statesman, placing them in historical context.

With over a million copies already sold, this completely revised and updated pocket edition includes speeches by those that have truly shaped the modern world: from Greta Thunberg to Donald Trump, and from Nadia Murad to Oprah Winfrey. A biography of each speaker reveals how they came to stand at the crossroads of history, and each speech is accompanied by an introduction explaining its historical context and how it influenced the momentous events of the day - as well as those that followed.

By turns moving and thought-provoking, this new edition reveals a modern world in which freedom of speech remains a powerful agent of change - and gives unique perspectives on key turning points in history.

Simon S. Montefiore was born in 1965 and read history at Gonville & Caius College, Cambridge University. Catherine the Great & Potemkin was shortlisted for the Samuel Johnson, Duff Cooper, and Marsh Biography Prizes. Stalin: The Court of the Red Tsar won the History Book of the Year Prize at the British Book Awards. Young Stalin won the Costa Biography Award (UK), the LA Times Book Prize for Biography (US), Le Grand Prix de la Biographie Politique (France) and the Kreisky Prize for Political Literature (Austria). He lives with his wife, the novelist Santa Montefiore, and their two children in London