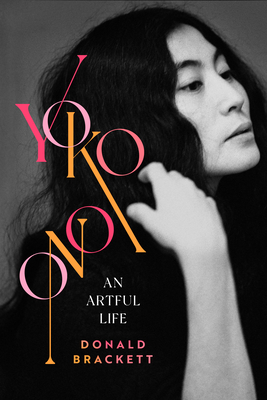 For more than sixty years, Yoko Ono has fascinated us as one of the world's most innovative, radical artists. From a childhood of both extraordinary privilege and extreme deprivation in war-time Japan, she adopted an outsider's persona and moved to America where, after a spell at Sarah Lawrence College, she made a place for herself in bohemian arts circles. She was already twice divorced and established as a performance artist in the Fluxus movement and in Tokyo's avant-garde scene before her fortuitous meeting with the Beatles' John Lennon at a London Gallery in 1966. Their intense yet fraught relationship, reputed to have blown-up the Beatles, made headlines around the world, as did their famous bed-ins in protest of the Vietnam war, and their majestic, Grammy-winning musical collaborations. Through it all, and for decades after Lennon's tragic death, she remained defiantly herself. ﻿Yoko Ono: An Artful Life charts her journey of personal turmoil, artistic evolution, and activism, and at last tells her iconic story on her own terms.

Donald Brackett =============== Donald Brackett is an art and music critic based in Vancouver. He is the author of Back to Black: Amy Winehouse's Only Masterpiece, Long Slow Train: The Soul Music of Sharon Jones and the Dap-Kings and Tumult!: The Incredible Life of Tina Turner.